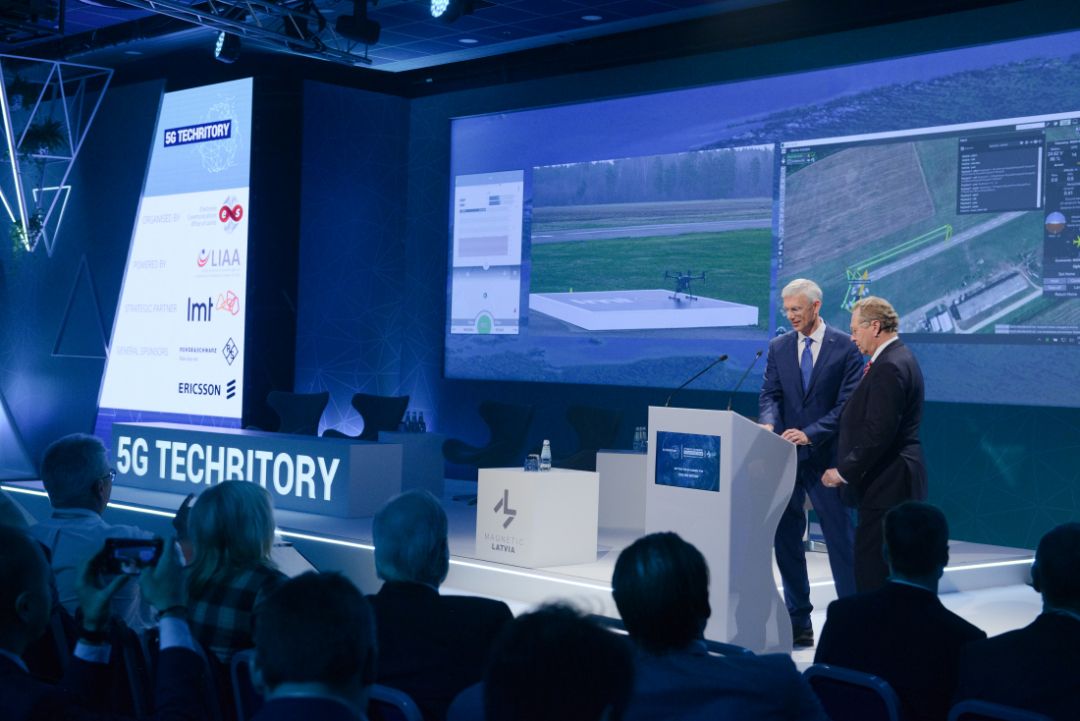 Drones fly BVLOS for the first time on the mobile network

5G Techritory, the Baltic Sea Region 5G ecosystem Forum, was opened with a unique demonstration – for the first time in the region, drone flight BVLOS (beyond the visual line of sight) was conducted on the mobile network, demonstrably switching from one base station to another. The drone was controlled remotely, by Latvian Mobile Telephone (LMT) president Juris Binde and Prime Minister of the Republic of Latvia, Krišjānis Kariņš, while the drone was flying within the Adazi airport territory, 25 km away. LMT tests demonstrated that during the entire duration of the flight, the mobile network strength already meets 97.6% of the requirements for successful remote drone management.

One of the most important issues was how to make 5G metaphorically “fly”. It’s not a matter of building a network, that’s the easy part. What is not clear, however, is how to use this network for the needs and purposes of increasing competitiveness, productivity, for business and society.

Drone flights over the mobile network can be used for different industrial purposes. For example, gas and oil pipelines, power supply lines, seaports, which need to be monitored on a regular basis. We can do that with a pre-set track we can send the drones for inspection flights. It’s significantly cheaper and more effective.

When we decided to demonstrate to such a large audience a live flight approx. 20 km from here, many said we are crazy or brave. To show something live is very risky. However, we are used to being risky, because our mobile networks are live all the time.”

In order to ensure that the use cases will be secure on the mobile network, the network must be tested for higher altitude data usage. Latvian Mobile Telephone has repeatedly demonstrated a strong mobile network, proven by the ability to offer home smart TV delivered over the mobile network (and gaining two Glomo award nominations for it), while simultaneously being acknowledged by Nokia to be the most efficiently loaded network on the Nokia network. However, the challenge was to test its strength above ground level.

The significance of the demonstration lays in proving the viability of continuing to develop the infrastructure and laws necessary to make drone flight BVLOS a possibility. The experiment demonstrates the safe and predictable flight of remote-controlled drones with automated flightpaths. This will lay the foundation for further research and expansion of use cases first in industrial areas, and later, in smart city applications.

Interest in autonomous drone flight BVLOS has been demonstrated by various LMT clients. For example, LMT is collaborating with the Latvian State Forests, which require the ability to monitor their forests, and practically each flight path would be BVLOS. Their interest lays in the desire to monitor forest growth, illegal deforestation, wildfire monitoring, and monitoring areas experiencing bark beetle infestations, which in recent years has led to significant losses in Europe’s forests.

LMT has demonstrated various experiments regarding non-terrestrial mobile networks. In July of 2019, they set a record for the highest noted mobile network coverage, at 85,000 feet in the air (26 km). 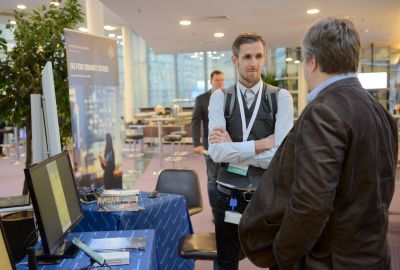 5G Techritory Emporium for virtual B2B matchmaking: How does it work and why participate? [+ video] 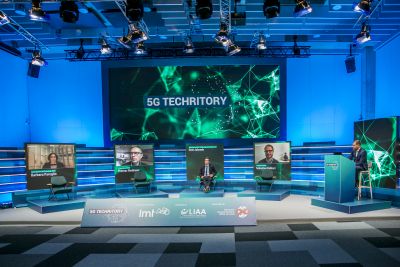 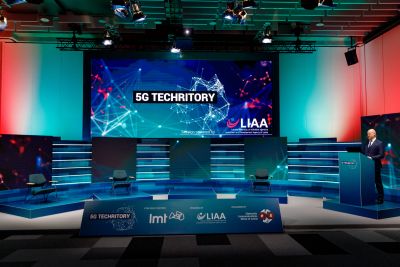