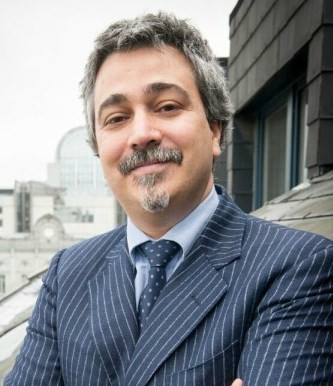 Karim Antonio Lesina is Senior Vice President of International External and Regulatory Affairs @ AT&T Services, Inc. He leads AT&T's international and regulatory affairs team, which is responsible for advocacy to international departments of the US government, and all branches of government outside the US, including executive, legislative and regulatory agencies, and for international external affairs affecting AT&T and it's Affiliates such as AT&T Communications, WarnerMedia and AT&T Latin America. Karim is based in AT&T’s Washington, DC office.

He is an active member in several industry and community organizations, including current service as: Board member of the International Institute of Communications, of the American Council on Germany, of USTTI, member of the GSMA Chief Regulatory Officer Group for Central and Latin America.

Karim also represents AT&T in different associations such as, TPN, WEF, etc. Prior to joining AT&T, he held senior positions with another leading US-headquartered ICT company (Intel Corporation), and a number of leading public affairs agencies in Brussels.

Born in Dakar (Senegal) Karim is an Italian national and has a Master Degree in Economics of development at the Catholic University of Louvain-la-Neuve in Belgium.