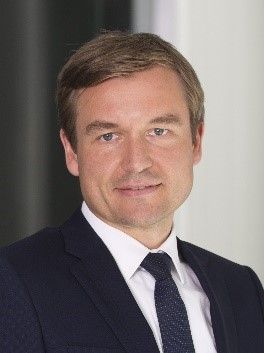 Benjamin Sokolowski is Qualcomm’s Vice-President of Government Affairs EMEA and the Managing Director for Germany and Austria since July 2022. In this role, he oversees the company’s government relations in Germany and Austria and supports its growth in the digital transformation of new industries such as automotive and industrial IoT.

Before joining Qualcomm, Benjamin was Head of Government Relations for Europe at Stellantis since 2020. He served as the sherpa of its CEO at the European Automotive Association ACEA and successfully led strategic government activities related to investment projects and advocacy campaigns such as the EU Green Deal and Data Governance Act. Additionally, Benjamin was in charge of developing Stellantis’ carbon neutrality agenda and secured market incentives for digital transformation and electrification projects.

Mr. Sokolowski has also been the Head of Government Relations at Groupe PSA for Germany & Europe (2017-2020), Head of the Berlin Office for General Motors/Opel (2015-2017), and Vice-President Public Policy at FleishmanHillard for Berlin and Brussels (2010-2015).