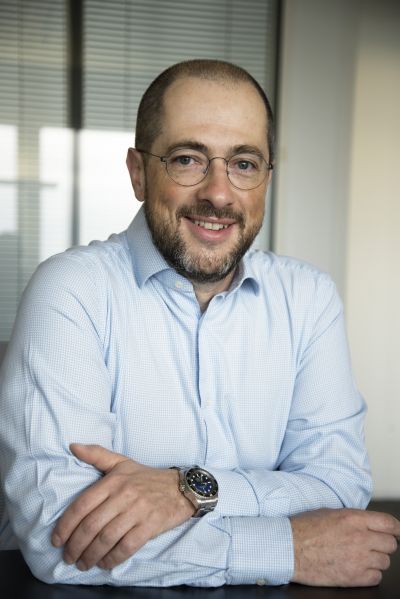 Dr. Stefano Vaccaro is the Managing Director of Viasat Commercial Networks Europe. His responsibilities span from the development of new user terminals based on phased array technology, to the deployment of the European ground segment for Viasat-3 satellite.

Stefano Vaccaro started his career as antenna engineer at Huber+ Suhner in Herisau (CH). After that, he joined EPFL where he obtained his Ph. D degree in 2002 with the thesis entitled: “SOLANT: Study and development of planar antennas integrating solar cells for satellite applications”.

In 2003 he founded JAST Antenna Systems and grew the business focused on phased array antennas for satcom till the acquisition by Viasat in 2007. He then became Managing Director of Viasat Antenna Systems SA a position that he held until 2018 when he became Managing Director of Viasat Commercial Networks Europe with responsibility over Viasat offices in Switzerland and Netherlands.