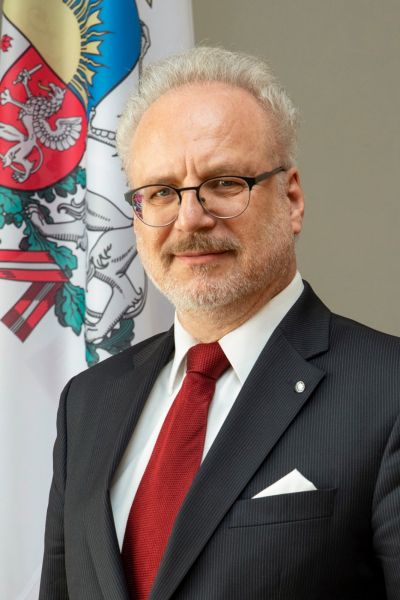 Egils Levits became the President of the Republic of Latvia on 8 July 2019.

Mr. Levits has previously been the Minister of Justice of Latvia, a Latvian Saeima (Parliament) member, and the Ambassador of Latvia to Germany, Austria, Hungary, and Switzerland.

Mr. Levits spent 15 years working as the judge at the European Court of Human Rights and the European Court of Justice. He has played an active part in restoring Latvia’s independence from 1989–1991, being a member of the Council of the Popular Front of Latvia and the Citizens’ Congress. Moreover, Mr. Levits authored the concept for the Declaration on the Restoration of Independence of the Republic of Latvia of 4 May 1990 and the Preamble to the Constitution adopted in 2014.

President Levits is an author of many scientific publications focusing on state law, administrative law, human rights, and democracy. Additionally, technology is also one of his main academic interests.

Upon assuming the office of the President, Mr. Levits announced that his priority is to make Latvia a modern European country where technologies are embraced responsibly and democratically, and human rights and freedoms are protected: “The progress of technology would not strangle the autonomy that humans have reached so far.”