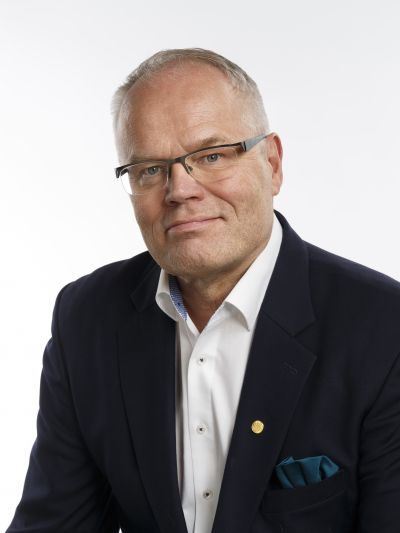 Chairman of the Board Oulu City Executive Board, Finland

Kyosti Oikarinen is the Chair of Oulu City Executive Board and a member of the City Council. Hence Mr. Oikarinen acts as a Political Mayor of City of Oulu, Finland – the fastest growing City in the Arctic Europe.

His career includes altogether 25 years of professorships in Finland and Kuwait and in addition shorter working periods in Germany, Denmark, Sweden and Switzerland.

Mr. Oikarinen was elected as the Dean of the Faculty of Medicine at Oulu University in 2013 and he retired from that position in 2017 to pursue his political career. During the time as the Dean, a unique, integrated health test and development environment OuluHealth Labs was established, as well as the Oulu 5G Hospital of the Future construction started. Mr. Oikarinen has played a key role in making City of Oulu into an internationally recognized HUB on Health and Wellbeing Technology and also home to the innovative OuluHealth ecosystem.

Mr. Oikarinen is a trained dentist and professor in oral and maxillofacial surgery.