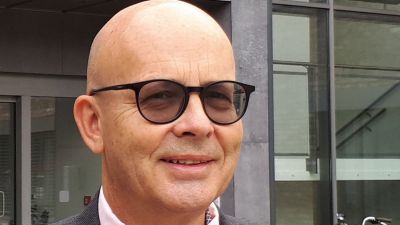 Lasse Wieweg is Director, Government and Industry Relations at Ericsson, has worked with telecommunications his whole professional career, starting in 1973 with Ericsson.

In 1986, following some over-seas assignments, he took up a position at the Frequency Management department within the Swedish Telecommunications Authority (now PTS). In 1994, he took up a new position within the Swedish Defence Materiel Administration (FMV), on Frequency Management for the Swedish Defence Forces. Since 1997, Lasse is back in Ericsson, particularly addressing international policies in the Radio Regulatory and Spectrum domains within the Ericsson Group Function in Stockholm, Sweden.

Following the International Telecommunication Union (ITU) World Radiocommunication Conference 2015 (WRC-15) he was appointed chairman of the Spectrum Group of the Global mobile Suppliers Association (GSA), a commitment he was holding until the end of WRC-19.