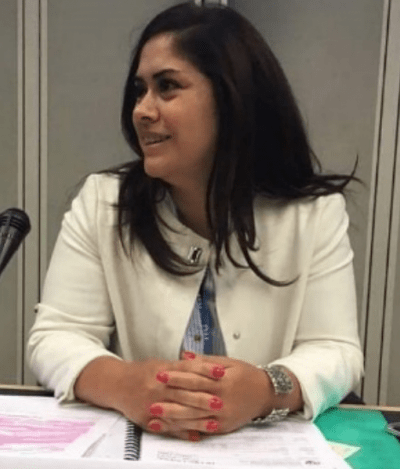 Currently, Ms. Sukenik works at the International Telecommunication Union as Strategy and policy Coordinator, depending on the Strategic Planning and Membership Department of the General Secretariat.

Ms. Sukenik worked in the private sector, in wholesale banking, and in 2004 joined the Public Administration of the Argentine Republic.

Initiating its work, first in the Ministry of Economy to join in 2006 as advisor in international affairs in telecommunications, ICT, satellite and postal services, in the former Secretary of Communications.

Representing Argentina in international and regional meetings (ITU, CITEL, UNASUR, MERCOSUR, among others). During the World Telecommunication Standardization Assembly in 2016 (WTSA-16) she was appointed as ITU-T Study Group 5 Chairman (Environment, Climate change and Circular economy), for the period 2017-2020. Also appointed as Vice-chairman of United for Smart Sustainable Cities (U4SSC).

From January to July 2017, Ms. Sukenik participated in the Regulatory Experience Programme of the State Secretariat for the Information Society and the Digital Agenda of Spain.