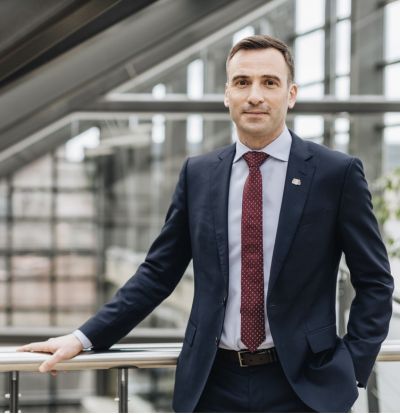 Martins Stakis is the current Mayor of Riga. He has been an active politician since 2017, and he participated in founding a new political party, “Movement For!”. In 2018, he was elected to the Parliament of Latvia, and in 2020 he became the chairman of the Riga City Council.

Before his political career, Martins worked as an entrepreneur – he was the “Illy” coffee distributor and the owner of “Innocent Café”.