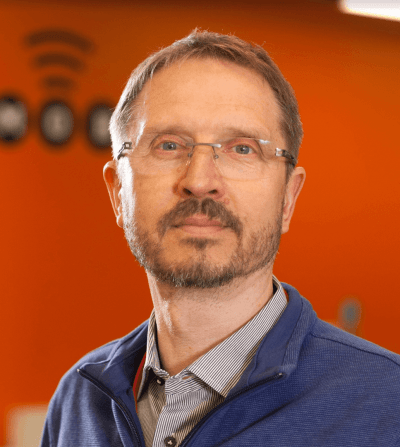 Born in 1963, Mr. Bergs is an entrepreneur with long track record of successful businesses in fields of IT and Electronics.

He has graduated Riga Technical University in 1986 with a degree in Radio engineering. Currently, Mr. Bergs serves as the CEO of SAF Tehnika and co-founder and Advisor to fintech company Mobilly.

Normunds Bergs started his career in 1986 as a scientific associate at the Institute of Solid State Physics, University of Latvia. He’s the founder of IT company Fortech, where he served as a Director in periods from 1990 to 1992 and from 1999 to 2000. Following Fortech’s merger with Microlink in 2000, Bergs became CEO of newly founded SAF
Tehnika and a Member of the Management Board of Microlink.

From 1992 to 1999, Mr. Bergs served as a Director at the World Trade Centre Riga, in 1988 becoming a member of the Board. He is a long-term president of Latvian Electrical Engineering and Electronics Industry Association (LETERA) and a member of the Supervisory Council of Latvian Chamber of Commerce and Industry (LTRK), as well as the Chairman at Electronics Research Center LEO.

Mr. Bergs served as an advisor in the field of IT to Latvian Prime Minister Laimdota Straujuma.