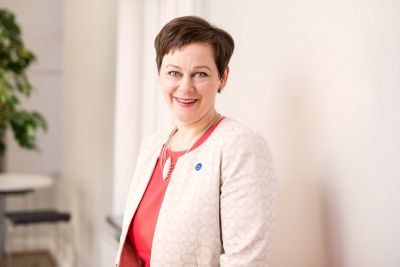 On the 18th of March 2019, Paula Lehtomaki was appointed as the new Secretary General of the Nordic Council of Ministers. Prior to that, she was State Secretary in the Prime Minister’s Office in Finland.

As the State Secretary, Ms. Lehtomaki directed the functions of the Prime Minister’s Office, assisted the Prime Minister in the implementation of the Government Programme, and was responsible for co-operation with the ministries.

Between 2007 and 2011, she was a member of the Finnish Government, serving as Minister of the Environment. Before that, Ms. Lehtomaki was Minister for Foreign Trade and Development.

She holds a Master of Science degree in Economics and Business Administration and a Bachelor of Social Sciences.‍

Ms. Lehtomaki is the first female Secretary General of the Nordic Council.