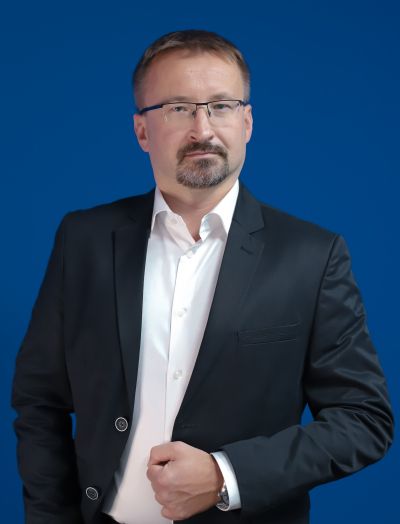 Since 2005 he has been working on projects related to railway telecommunication infrastructure, starting from Railways Design Office in Łódź. In positions ranging from assistant designer to senior designer, he designed networks and devices for railway telecom infrastructure across Poland, including GSM-R and SDH systems.

From 2015 Sławomir worked in Thales Polska, where being a Technical Project Manager/Systems Engineering Manager, he managed the preparation, construction, and commissioning of telecom systems and rail traffic control systems, including the integration of various systems and suppliers. Since 2020, Sławomir has been working in CPK. As a designer, he plans, coordinates, and supervises work on the railway telecom infrastructure implemented as part of constructing new railway lines (incl. high-speed).

Sławomir has extensive knowledge of radio and wire communication systems, security systems, passenger information, as well as teletransmission systems and cybersecurity. He is authorized to design and manage construction works in telecom without restrictions.