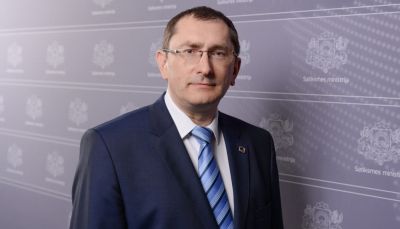 Mr. Tālis Linkaits has been the Minister of Transport of Latvia since November 2018. He has broad experience in transportation, especially in aviation. He was the Head of the VASAB (Vision and Strategies Around the Baltic Sea) Secretariat at the State Regional Development Agency from 2006-2018 and an independent Member of the Council of SJSC Riga International Airport in 2016-2018.

From 2009-2010 he was a freelance Adviser to the Minister for Transport. He was also a Member of the Board at JSC Air Baltic Corporation in 1999-2004, and he acted as authorized State representative at LLC Baltic International Airlines in 1998-2000.

Mr. Linkaits acted as Deputy Head of State Property Policy Division of the Privatization Department in the Latvian Ministry of Economics in 1993-1994.