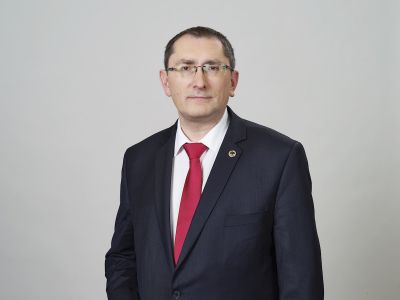 Minister for Transport , Republic of Latvia

Talis Linkaits was appointed Minister for Transport of the Republic of Latvia in January 2019. He also was appointed a Member of the 13th Saeima on 6 November 2011.

Mr. Linkaits was also a consultant and project manager for Development Cooperation Projects in Serbia, Montenegro, Algeria, Libya, Moldova, Kosovo (2001-2009). In addition, hehas been a freelance advisor to the Minister of Transport on Strategic Issues (2009-2010) and, before that – to the Prime Minister on Public Administration (1999-2000).

Mr. Linkaits also has held several corporate governance positions including, most recently, as Independent Member of the Council for SJSC “RIGA International Airport”, (2016-2018) and with various airline-related companies.

He is a graduate in Economics with a Speciality in Economic and Social Planning from the University of Latvia.