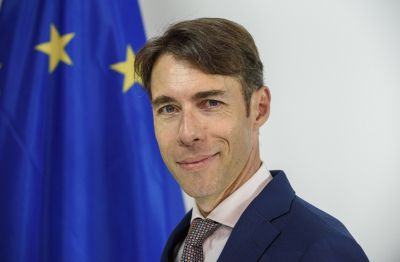 Thibaut Kleiner is the Director for Policy, Strategy, and Outreach at DG Connect. He has worked at the European Commission since 2001.

The first ten years of his career in the Commission were spent in the area of competition policy (merger, antitrust, and State aid). He was a notable member of the cabinet of Neelie Kroes, Commissioner for Competition, in 2007-2010 and head of the unit for State aid coordination in DG Competition. In September 2011, Thibaut moved to the digital policy area, as advisor of Vice-President Neelie Kroes, in charge of the Digital Agenda, and supervised Internet policies at large (Internet Governance, cybersecurity, cloud, data).

An economist by training, Thibaut holds a Master’s from HEC Paris and a Ph.D. from the London School of Economics.