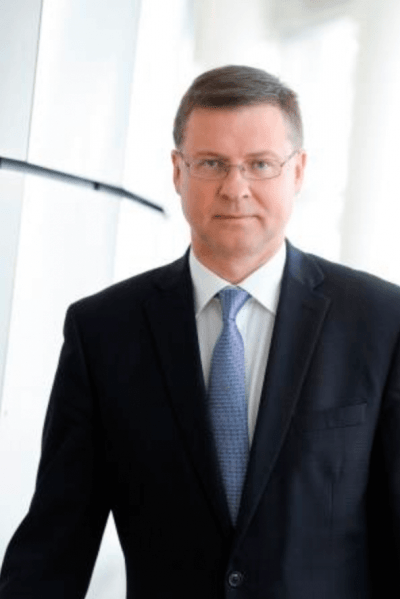 In Latvia, he was his country’s longest-serving head of government with three terms as prime minister. He served as Finance Minister, was a Member of the Latvian Parliament, and was elected twice to the European Parliament.

In his pre-political life, he worked as chief economist at the Bank of Latvia and, before that, as a research assistant at Mainz University, at the Institute of Solid-State Physics in Latvia and at the University of Maryland.

Valdis Dombrovskis was born on 5 August 1971 in Riga, and holds degrees in both physics and economics.