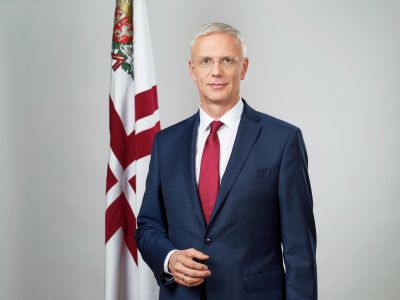 Prime Minister of the Republic of Latvia, Arturs Krišjānis Kariņš, was born on 13th December 1964. For the last ten years, from 2009 to 2019, he was a Member of the European Parliament.

Before starting his political career, Mr. Kariņš was a successful entrepreneur.

K. Kariņš has acquired a Ph.D. degree at the University of Pennsylvania in the linguistics specialty. The Prime Minister is fluent in Latvian, English, and German and also speaks French and Russian.