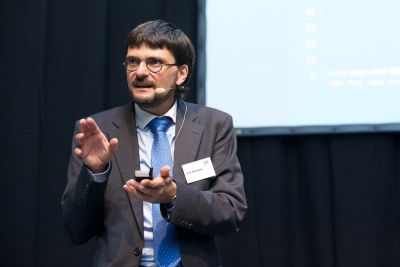 Erik Handeler is a famous author, futurologist and specialist in the Kondratieff theory of long structure cycles. He worked for a daily newspaper during a traineeship and as municipal editor for Ingolstadt before he started studying economics and economic policies in Munich.

Handeler started working as independent economic journalist in 1997. In 2010, he received the bronze medal for his economic science work by the Russian Academy of Sciences.

He’s an author of several books, including ”Die Geschichte der Zukunft” (The History of the Future), ”Kondratieffs Welt” (Kondratieff’s World), as well as the audiobook ”Der Wohlstand kommt in langen Wellen” (Wealth Arises in Long Waves).