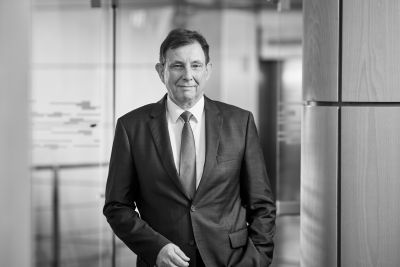 Vice President, CTO & Member of the Management Board LMT

Gunars Danbergs is the Vice President for Technology and a Member of the Board at LMT. He joined the company in 1992 as Deputy Technical Director, later becoming the Technical Director.  From 1991 till 1992, Mr. Danbergs was the Head of Department in Factory VEF, where he had worked as an engineer since 1982.

In 1982, he graduated from the Riga Polytechnical Institute as an engineer designer-technologist of radio and electronic equipment (Dipl.ing, Mg.sc.ing). In 2008, he received a professional MBA degree from Stockholm School of Economics in Riga.

In 1996, Mr. Danbergs was awarded the engineer J. Linter’s Prize. In 2018, he was awarded The Order of the Three Stars, the highest state decoration in Latvia.