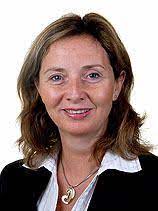 Ms. Gunn Karin Gjul is State Secretary with responsibility in digitalization and electronic communications in the Norwegian Ministry of Local Government and Modernisation. She is a lawyer with a degree from the University of Oslo.

Ms. Gjul has previously been a member of the Norwegian Parliament for 20 years representing The Norwegian Labour Party. Since 2014 Ms. Gjul has been a board member at The Office of the Auditor General of Norway. Before being appointed State Secretary, Ms. Gjul held an executive position in the Norwegian Union of Municipal and General Employees.