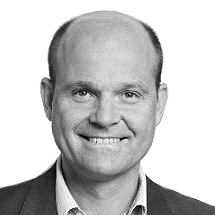 Joacim Damgard has been the Sales, Marketing & Operations Vice President for Microsoft CEE since October 1st, 2018.

He joined Microsoft in 2016 as the General Manager for Sweden and comes from Ericsson, where he was the President of Ericsson’s business in the UK and Ireland since 2013. There, he oversaw a team of more than 5,000 people selling services, hardware, and software to large customers such as BT, Vodafone, Telefonica O2, EE, 3, and MBNL.

Prior to Ericsson, Joacim held senior executive positions for 18 years in the telecoms sector, both with national retail businesses, as well as international wholesale businesses. He started his career at the major Swedish incumbent operator TeliaSonera and has also held senior management positions with Unisource, Energis, and Swisscom.

Over Joacim’s three-and-a-half-year tenure at Ericsson, the business saw 6X growth in revenue, and Ericsson re-established itself as a strategic partner to all major operators.