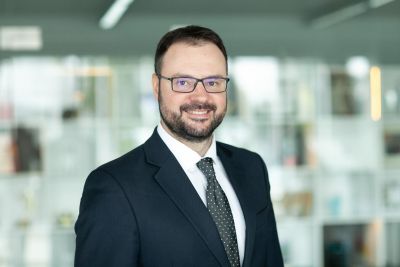 Head of Strategy and Development RB Rail AS

Kaspars Briškens is Head of Strategy & Development at the Rail Baltica joint venture RB Rail AS, leading the megaproject’s development, commercialization, and digitalization activities. He has been involved with the Rail Baltica project for more than 15 years, initially as a diplomat in the Latvian Foreign Service and later as staff advisor to two Latvian transport ministers, as well as Supervisory Board Member of RB Rail AS since its establishment in October 2014.

Kaspars holds a Master’s Degree in Economics from Stockholm University. He is an experienced leader in multimodal connectivity development with a keen interest in intermodal logistics and supply chain development, innovation & digitalization, transport economics, mobility-oriented development, and commercial aviation.

He was also a long-serving member of the Supervisory Board of Air Baltic Corporation (2012-2020) and CEO of the Latvian Logistics Association (2013-2014).