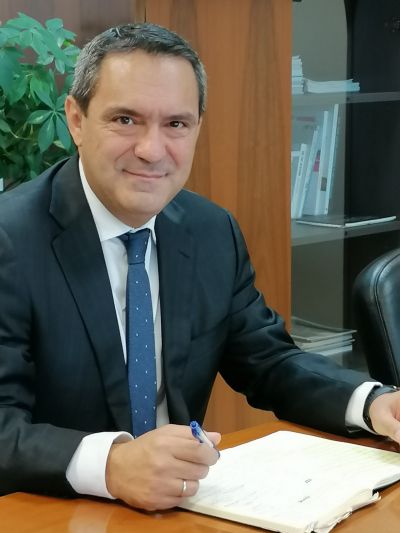 Professor Konstantinos Masselos was appointed the President of the Hellenic Telecommunications & Post Commission (EETT) in February 2018, and his mandate was renewed in February 2022.

Konstantinos is a Professor at the Department of Informatics and Telecommunications of the University of Peloponnese and served as the Rector of the University from 2012-2017. From 2005 to 2008, he was a Lecturer in the Department of Electrical and Electronic Engineering at Imperial College London. Also, from 2010-2016, he was an Honorary Lecturer in the same Department. From 2001-2004 Prof. Masselos worked in the telecommunications industry.

Since 2005 he has been collaborating as an expert with various units of the European Commission. Also, he was a member of the Scientific Committee of the European Cooperation in Science and Technology (COST) from 2015 to 2017.