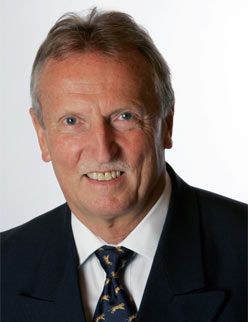 During his first term as Deputy Secretary-General, he implemented many efficiency measures releasing more resources to key ITU activities and delivered balanced budgets. He led the Management Board for ITU’s new headquarters building from initiation to selection of architect and concept design. He has modernized ITU’s physical security, improved internal coordination and streamlined and digitized many internal processes substantially reducing paper consumption. He facilitated more inclusive participation in ITU’s work through the use of remote participation in meetings.

Prior to serving as Deputy Secretary-General, Mr Johnson served from 2007 to 2014 as Director of ITU’s Telecommunication Standardization Bureau where he initiated the “Bridging the Standardization Gap programme” which has resulted in nearly 50 more countries, mainly developing countries, becoming active in ITU’s standards work; and the “Conformity and Interoperability programme” which helps developing countries prevent low quality and counterfeit ICT equipment from entering their markets. During his time as Director, he introduced a number of gender parity policies, and the percentage of women professionals increased from less than 20 percent to over 40 percent. He also initiated much of ITU’s current work related to environmental issues and accessibility.