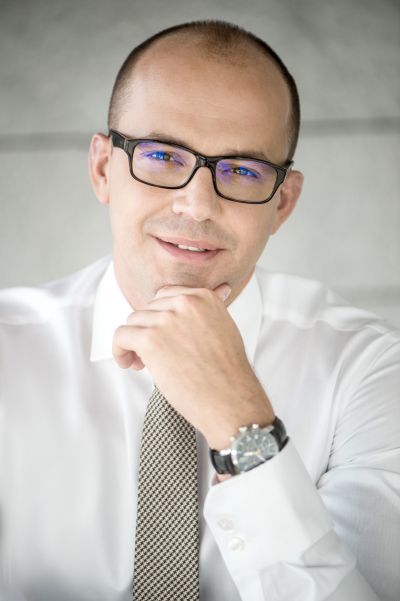 Marcin Cichy is the UN Broadband Commisioner, BEREC vice-chair, and President of UKE.

Before joining UKE, he worked as Director of the Analysis Bureau in the Ministry of Digital Affairs, where he coordinated the development of a concept of an electronic ID card. From 2013 to 2016, he was a regulatory expert at UPC Polska, responsible for regulated access to property and telecommunications infrastructure for investment purposes. He was in charge of projects on security and electromagnetic compatibility of the HFC network. Before that, Marcin worked for the NRA and held a number of leading roles in projects related to mobile services.

Marcin is a an enthusiast of water motorsports, a diver, and a Water Volunteer Rescue Service (WOPR) lifeguard.​